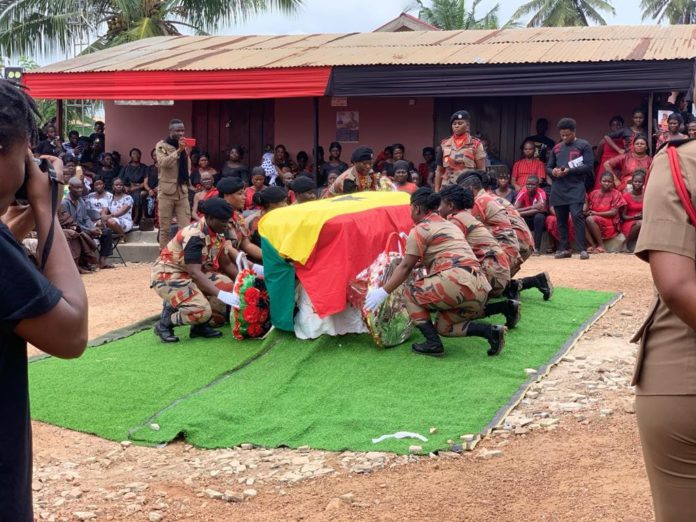 The final funeral rites of a 25-year-old fireman, Ebenezer Boakye, who died while on a rescue mission has been held.

The solemn ceremony, led by the Ashanti Regional Fire Commander, ACFO I Henry Fatai Giwah, came off on Saturday, September 10, 2022, at Akrokeri near Obuasi.

In attendance were the Deputy Director of Welfare, ACFO I Elizabeth Amoako who represented the Chief Fire Officer and the Chaplain General, DO III Rev. Erzoah Amihere.

Mr Boakye met his untimely death in the line of duty in June 2022 when the responding Crew he belonged to got involved in a horrendous road crash with the fire truck.

All other injured crew members survived with RFM Boakye paying the ultimate price of sacrificing his life for those he was going to save.