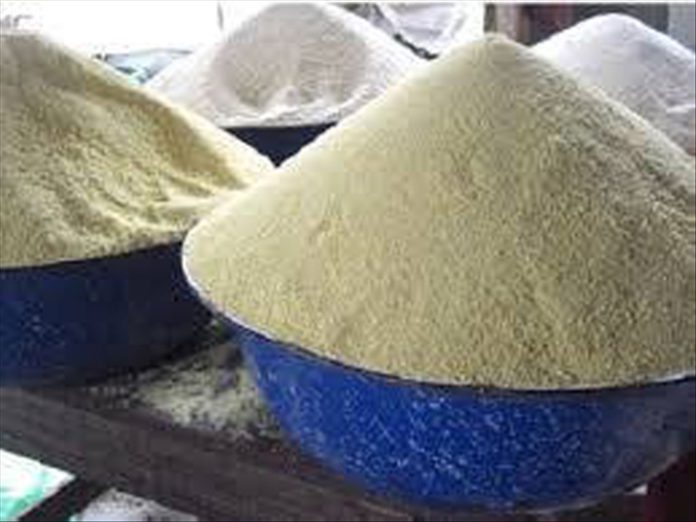 A 22-year-old man, Eric Mensah, has narrated how he survives while working for a security company as a house guard here in Accra.

He narrates that he is paid GH¢400 monthly adding that he has no say with regards to what he takes monthly as the company he works for negotiates on their behalf.

In an interview on SVTV Africa with DJ Nyaami, he mentioned that he can’t afford to rent a room in Accra with his GH¢400 monthly salary. As a result, he sleeps in a corridor at his workplace.

“I had a kiosk, but it is damaged, so I sleep here at work. I spread a mat on the corridor. But when it rains, I have to stay awake till it stops so that I can mop up and go back to sleep,” he said on Daily Hustle.

Speaking about his feeding expenses, the 22-year-old revealed that “I spend GH¢10 daily on banku now. I eat once a day. I used to spend GH¢5, but prices have increased. Gari and sugar is what I manage, but I eat it too often, and my eyes are turning yellow.”

According to him, he wishes to study masonry and is currently saving up for it. He mentioned that his mother left him with his grandmother at age two. Eventually, he joined his father here in Accra.

Speaking about the conditions of his job, he revealed he guards the house with his life. He pointed out he only had a stick as somewhat protection, but the supervisor of his company came for it.

“If I am attacked, the thieves will throw me out and do their thing. I received no training before starting this job. There are no employee benefits, and it is risky,” he added.