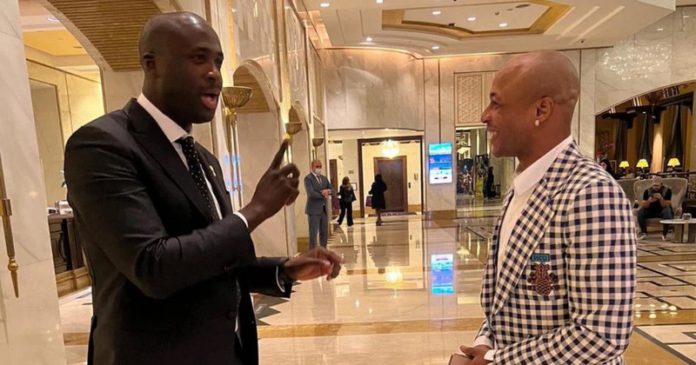 The Black Stars forward and the Ivorian spoke at length about the draw as Ghana were drawn in Group H alongside Portugal, Uruguay and South Korea.

Yaya Toure has been at two World Cups, same as the Al Sadd player and both have enormous experience at the international level.

Andre Ayew will be leading the Black Stars in Qatar, where he currently plays in the Qatari Stars League.

The 32-year-old played a key role for Ghana to reach the quarter-finals of the World Cup in 2010 and scored two goals at the 2014 edition.