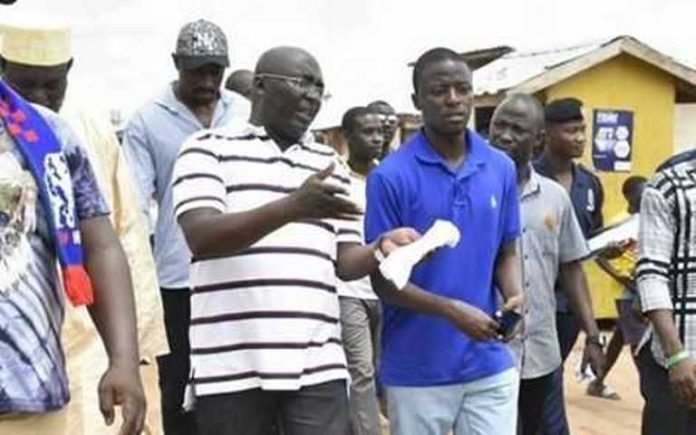 Vice President Dr Mahamudu Bawumia has eulogized his former aide, Kwabena Boadu, to mark the third anniversary of his death.

“You are irreplaceable. The hurt and pain never go away” the Veep wrote on his Instagram page, sighted by Adomonline.com.

Kwabena Baodu died through electrocution while on campaign duties at Upland Hotel in the Upper West Region on November 24, 2017.

The then vice-presidential candidate of the New Patriotic Party, Dr Bawumia and the entire leadership of his party were in the region for a final campaign rally with the late Kwabena Boadu.

The next day after the rally, Kwabena was found dead in his hotel room.

His sudden demise, according to Dr. Bawumia, “is still difficult to accept and understand”.

The Vice President, in a post, re-echoed the void created by his former Aide since his demise.