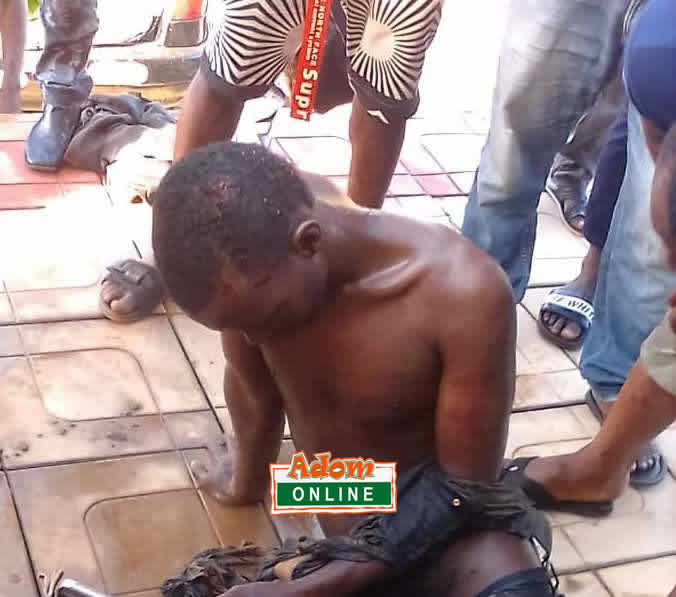 One suspect believed to be among the gang that attacked motorists on the Ekumfi Essakyir highway in the Central region has been arrested.

It follows a manhunt by residents in the area since Friday when the incident which has led to the death of a driver of a commercial vehicle, occurred.

The resident apprehended the suspect whose name was only given as Mohammed on Sunday November 24, 2019.

The angry residents who gave the suspect some beatings have since handed him over to the Mankesim Divisional Police Command.