Three natives of the Pai Katanka traditional area in the Oti Region have been reportedly shot dead over chieftaincy disputes.

According to the Paramount Chief of the area, Nana Diawuo Bediako II, a total of six people including his a chief linguist have been shot with three dying instantly leaving other three in critical conditions.

Nana Bediako II has, therefore, called on the Inspector General of Police to deploy more police force to the area to arrest the situation.

He said he and his family could not go out for fear of losing their lives.

“I’m in the house with my wife and children and with some elders of the town, we can’t go out because we fear for our lives,” he told Adom News. 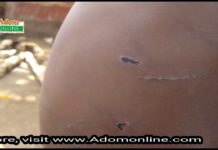 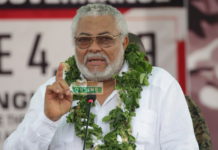 Lockdown: Soldiers beat me up after going out to buy ingredients...