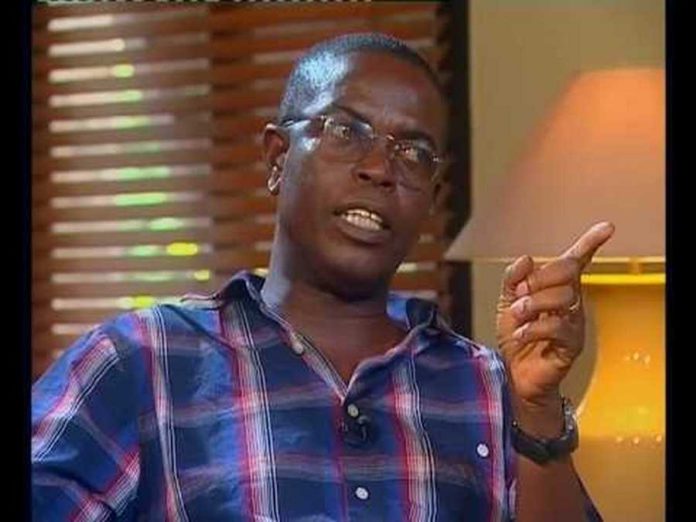 Seasoned journalist Kwesi Pratt Jnr has fired shots at Judicial Service for ordering the media to delete what it has termed ”hateful, spiteful and incendiary” statements against Judges.

Lawyers for the Service, in a statement addressed to the media, said it is “unacceptable” for media houses to “publish on your platforms, speeches and statements and publications which excite anger, hate and passion against the Justices presiding over the election petition”.

Such statements and speeches, they contend, interfere with due administration of justice as the Justices are threatened with ominous consequences following their decisions which do not meet the expectations of some members of the society.

Reacting to the statement, Kwesi Pratt pointed out to the Judges that Ghana has evolved from the era of intimidation.

He insisted that no one, including the Judiciary, can cow the media or suppress their freedom in ”today’s Ghana”.

He asked why the Judicial Service didn’t address specific issues in their statement to tell which media houses and reports have been made to ignite such hateful, spiteful and incendiary statements against the Judges.

He called on the Judges to name and shame the particular media houses, stressing that ”freedom of expression, freedom of association and so forth is not something we’re going to allow someone to intimidate us to leave. It won’t happen”.

”I don’t see any specific thing that they are describing as such… Exactly! So, if you write it generally like it, it turns to be a deliberate attempt to cow the media because there is no basis for it”, he added.

He sent a strong-worded message to the Judicial Service saying ”where we have reached in Ghana, nobody can intimidate us. Nobody in Ghana can intimidate us; that’s out of the question. To intimidate us today is not possible. Even during the difficult times that when you talk, you will be killed, we talked; then today that the soup has simmered down”.

Kwesi Pratt made the comments on Peace FM.