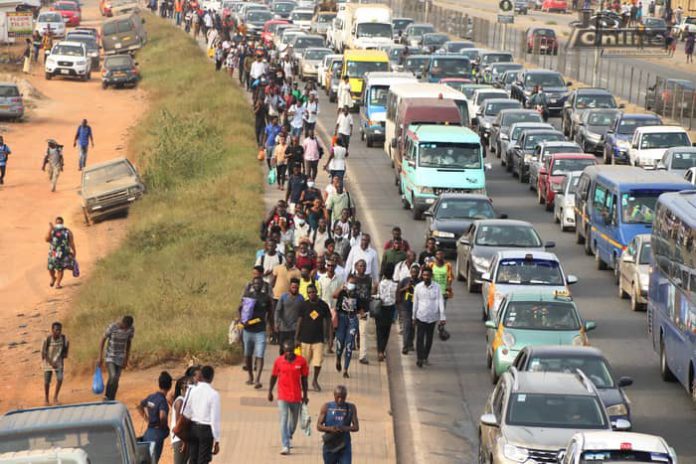 According to him, as a union under one umbrella, he expected his other colleagues to be on the same page with them and wondered why they changed their minds at the height of the strike action.

“The communiqué by the GRTCC doesn’t make sense. We all went for meetings together with other members of the union.

“The General Secretary of GRTCC and our General Secretary were the ones who even wrote our communiqué on the strike and so we were shocked when we heard Emmanuel saying that their union was not part of the drivers’ strike,” he fumed.

His comment comes after the (GRTCC) distanced itself from the strike action by commercial drivers on Monday.

General Secretary of GRTCC, Mr Yeboah maintained that their drivers were working and ready to commute passengers to their destinations.

But Mr Imoro has described Mr Yeboah’s action as a mere betrayal.

“He is modern-day Judas of Ghana,” he lashed out on Asempa FM’s Ekosii Sen show Tuesday.