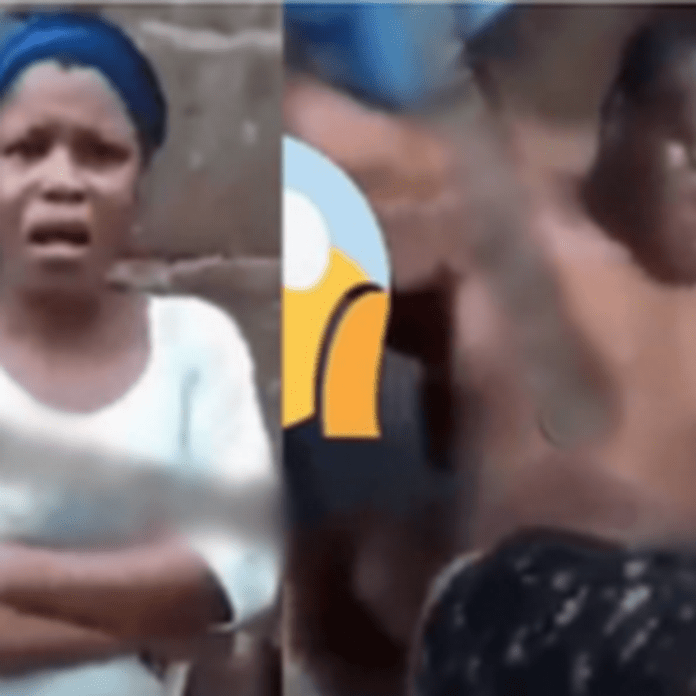 A married woman, whose identity is not known, is in trouble as the married lover she visited collapsed after sex.

In a video sighted on Instagram, witnesses were captured interrogating the woman who denied knowledge of the incident and feigned innocence.

She was heard in the video begging her apprehenders to allow her to go back to her house and take care of the kids she left at home.

“I have a husband and he has a wife too but I don’t even know why I followed him,” she said.

Expressing her regret over the incident, she lamented how she might go viral on social media.

Meanwhile, the man has been rushed to the hospital.