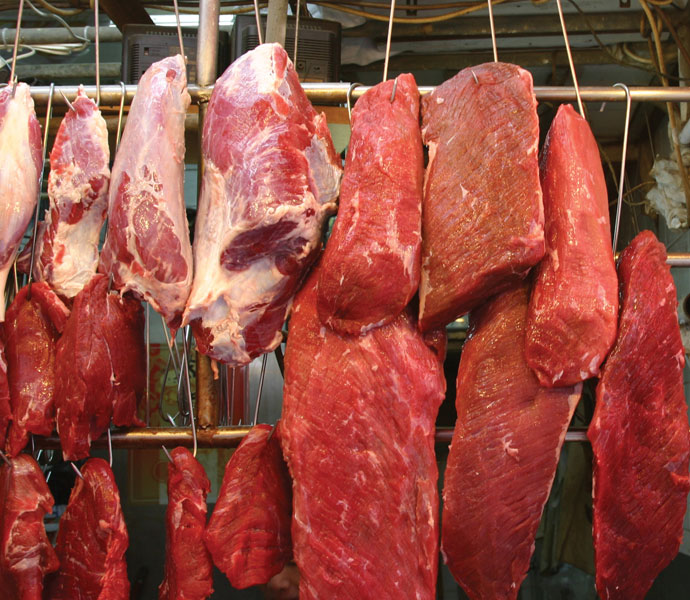 A video a woman breaking down in tears after customers ordered her to taste assorted meat she was selling has gone viral.

The incident, which is reported to have occurred at Okokomaiko, Lagos State in Nigeria captured angry an crowd mount pressure on the unidentified lady as she stood and cried.

Though the crowd offered to bear the cost of the meat, the lady declined but will not say a word as about why she wouldn’t eat what she was gladly offering to others on sale.

The actions of the woman in the video sighted on Instagram has left many questioning the kind of meat she sells.