The news of American singer Beyoncé Knowles and Nigerian superstar singer/songwriter Ayodeji Balogun (Wizkid) filming the music video to their single off “The Lion King: The Gift” album is good enough to generate the attention it has received since it was announced on October 31, same day shooting commenced at several locations in London.

The song was credited as one of the Africa-centric tracks on the album. The Africa/American tracks on Beyoncé’s ‘The Lion King’ featured Wizkid, Burna Boy, and Beyoncé’s daughter, Blue Ivy Carter, Tiwa Savage and Yemi Alade, among others. Beyoncé is filming the new music video on a number of south London estates as she prepares to release Brown Skin Girl as a single.

The US superstar, 38, chooses to shoot at several locations in Catford and Thamesmead.

According to reports, Beyoncé wanted this video to truly represent the essence of the song. She was keen to have normal people come out and tell their stories.

Her casting team called for all different family structures to apply including blended, single parent, queer and adopted. The casting team reportedly looked for people ranging from six months old to 100 years old.

Beyoncé will only appear in parts of the music video that were recorded in America. Trained actors and dancers were also wanted but the main focus is on showcasing a variety of body shapes and ages, from as young as six months to the elderly.  She also called for ‘black and brown people of different cultures, nationalities, ethnicities, genders and ages’ all with backgrounds in London to step forward.

ALSO READ: Cardi B to Ghana confirmed by her endorsement of Accra concert

A Nigerian named Jenn Nkiru, born in Peckham, England is directing the video after previously working with Beyoncé and rapper husband Jay-Z, 49, on their smash hit in 2018.  Beyoncé released 2019 album “The Lion King: The Gift” in honour of her role as Nala in the Disney remake.

The body of work also includes tracks Spirit and Mood 4 Eva but Brown Skin Girl has proven a favourite among fans for being a celebration of dark-skinned women.

The Oscar winner Lupita Nyong’o, 36, thanked Bey for her name check in the track while Streatham-born supermodel Naomi Campbell, 49, is also referenced.

The Brown Skin Girl song is fervently craved for the 2020 Grammy awards. 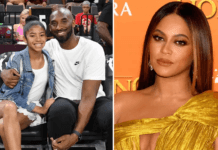 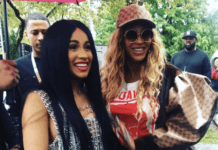 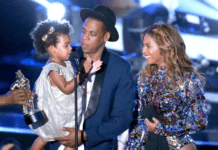 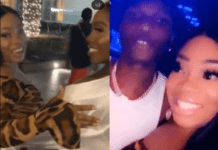 How to handle a breakup so well that it will hurt...