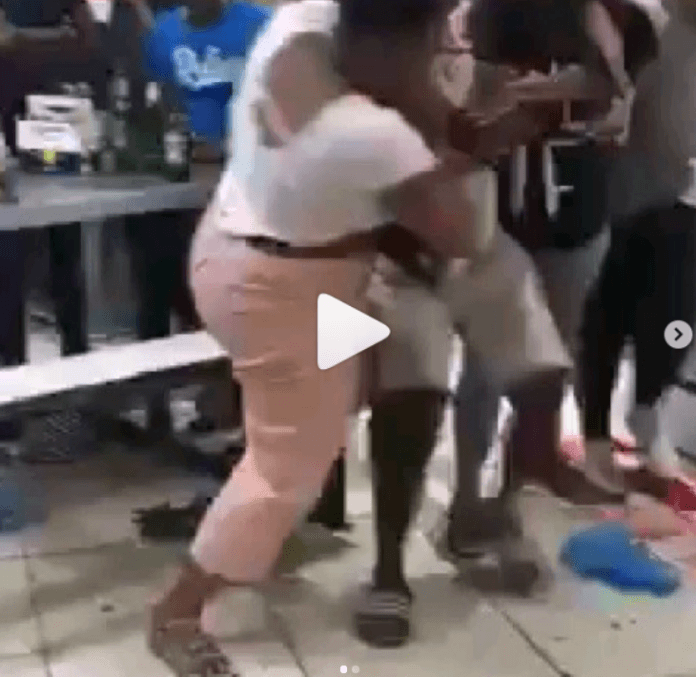 A video that is making waves on Twitter has captured a wife mercilessly beating up her husband to stupor after she saw him with a side-chick at a restaurant having a good time.

The wife went mad when she saw her husband who she tracked to a restaurant with his side chick.

In anger, the woman confronted and beat her husband up mercilessly to a point where his shirt became wet with his own blood.

It took the timely intervention of patrons and bystanders of the restaurant at the time to save the situation from getting worse.