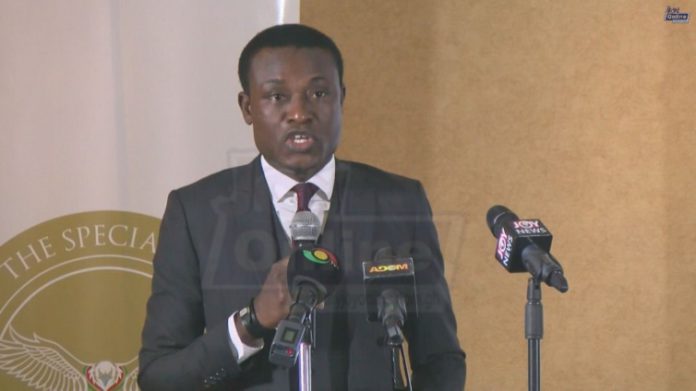 Political Scientist, Professor Ransford Gyampo, has expressed disappointment in the Office of the Special Prosecutor with regards to the fight against corruption.

Speaking on Adom TV’s Badwam Show, he said Ghana has lost its battle against the menace despite several attempts and the establishment of several agencies.

To him, the Special Prosecutor’s office has been unsuccessful because it is dependent on the Attorney General’s office.

“The Special Prosecutor surprises me in the sense that when you were accepting the position if I were him, I would have requested what I need to work effectively, provide me with all the things I need, so we have an agreement.

“Don’t forget that when we were fighting for a constitution review, I was working at the IEA and we were making proposals for constitutional review, we made recommendations, not for a Special Prosecutor who will walk in the shadows of the Attorney General but we made recommendations for an independent Public Prosecutor whose office was supposed to be separate from the Attorney General,” he fumed.

He added that the system of politics practised in Ghana has accounted for the futile results against corruption.

I cannot entirely eradicate corruption in the country – Special Prosecutor

Prof. Gyampo has, therefore, suggested that government makes provisions for the Special Prosecutor’s office to show its willingness to fight against bribery and corruption.

“If you’ve [government] been able to go out of your way to set up a Special Prosecutor as a show of your commitment to fighting corruption, resource them,” he demanded.