A man who wasted three years of his life stuck in a hospital bed for the treatment of burns has married the woman who set him on fire.

Fridaus shown the power of love and forgiveness when he accepted his former lover back and even made her the mother of his two children after she made an attempt to end his life.

The reason, he said, is that he felt no woman will love him with his scars. Moreover, his lover who inflicted the wounds on him, was the only one by his side during his recovery period.

He added that at that time, rumours were flying that she was prepared to end his life if he refused her again, but to Fridaus, that was just mere talks.

Narrating the genesis of his woes on Afrimax TV, Fridaus recounted how his lover, after several years of courting, raised the conversation on when they would tie knot.

He said at that time, he did not give her a befitting response as he was not sure if she was his ultimate choice.

Without giving him any reason for worry, Fridaus said she prepared dinner and after they retired to bed, she launched her deadly attack.

He recounted how he woke up in the middle of the night after perceiving the smell of smoke, only to realize that his entire body was in flames.

His lover had doused him with petrol, so much that the entire bed was soaked, after which she fled the scene.

He managed to escape, but he collapsed and fell into coma immediately the fire was doused.

He spent three years in the hospital and eventually went bankrupt after selling his entire properties for treatment.

While battling for his life, none of his relatives was by his side, except for the same culprit.

With no other option as he had been rendered bedridden, Fridaus said he forgave her and accepted her back. After he was discharged, he went ahead to cohabit with her.

Currently, they are living together with their two children; this has caused neighbours to tag Fridaus a ‘worthless lunatic’. 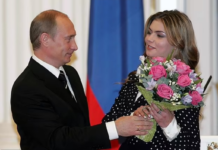