Hearts of Oak midfielder, Gladson Awako, has reiterated that they will pile more misery on Asante Kotoko on Sunday at the Baba Yara Stadium.

The Phobians are in search of their first win of the campaign having lost to Aduana Stars in their opener and drawing with Great Olympics in their matchday 2 games.

In the matchday 3 games, the FA Cup champions will be hosted by their bitterest rivals in the first clash of the Super Clash.

Asante Kotoko lost to RC Kadiogo on Sunday 3-1 on penalties in the return leg of the CAF Champions League preliminary games at home.

The former Great Olympics midfielder, speaking after their drawn game against the Wonder Club, the Black Galaxies captain is hoping to secure a win against Seydou Zerbo’s side.

According to him, Hearts of Oak will surprise Kotoko in their backyard.

“Asante Kotoko is a different game and as we all know, we lost to Aduana Stars we came prepared for this game which we felt so good we felt we can have the three points to get ourselves ready for the next game,” he told StarTimes.

“Yes, there’s pressure but we need to calm things down and go in for the Asante Kotoko game which we all know it’s difficult to play in Kumasi but we going there to surprise them,” he added. 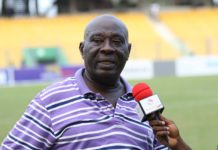 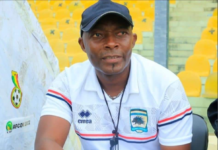 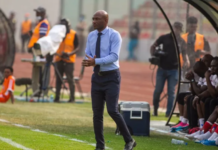