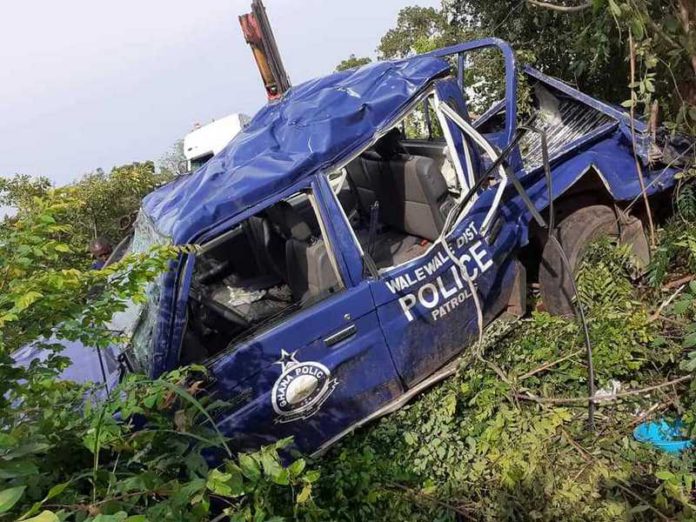 The Northern Regional Crime Officer, Superintendent Bernard Baba Ananga, has indicated that one of the three police officers who was involved in an accident on Friday at Kareminga still remains in critical condition.

He said the others, who were in coma, regained consciousness before they were airlifted to Accra on Friday.

Speaking to the media at the airforce base after a short ceremony to honour fallen police officers before their remains were sent to Accra, Superintendent Ananga said the last survivor was treated and discharged.

He said the Inspector-General of Police (IGP), Dr George Akuffo Dampare, arrived this morning to help facilitate the airlifting of the critically injured and the remains of the deceased to Accra.

Superintendent Ananga said the support offered by the IGP has boasted the morale of the men who were down. He said they will continue to work hard to ensure crime remains under control in the area.

It will be recalled that five officers who were responding to a distress call were involved in an accident on the Walewale Bolga highway at Kareminga.

Their names have been given as Constable Akanvariwen Daniel, Constable Ezekiel Quarshie Tawiah and Constable Iddrisu Gafaru.