Specified entities which have failed to meet Key Performance Indicators (KPI) in 2022 are likely to have their budget for 2023 withheld.

This is to make the entities record real growth, comply with good corporate governance principles and be accountable in their operations.

Director General of the State Interests and Governance Authority (SIGA), Edward Boateng, stated this in a media engagement in Accra.

He said though many of the entities were doing fairly well in the past two years, the Authority would advise the Ministry of Finance to withhold the budget of those that were unable to submit quarterly reports to SIGA.

“We have recorded improvement in financial reporting by the Entities and compliance level is going up… So, we are sure the 2023 Auditor-General’s report will be the best for many years. Infractions will reduce.

“… Yes, some public sector workers are working hard despite resource constraints, but we must ensure that all Entities are working effectively,” Mr Boateng said.

He said the aim was to ensure that the public sector worked effectively and efficiently to create jobs and wealth.

“If the public sector is able to do 50 per cent of what it is mandated to do, it will propel growth in the private sector and the economy will be better and Ghana will be better for us all,” he added.

Stephen Asiedu, Head of Corporate Affairs, SIGA, said the Authority over the years had been addressing issues of poor good corporate governance and under performance by the entities.

Mr. Asiedu said apart from monitoring and evaluating the performance of the entities, the Authority was also engaging them on how to be profitable and attract foreign direct investment.

SIGA was established to oversee and administer the state interests in state-owned enterprises, joint venture companies and other state entities, and to provide for related matters.

President Nana Addo Dankwa Akufo-Addo last year asked the Director-General of SIGA to submit a report on the cause of infractions cited in the 2021 Auditor General’s Report.

“I am directing the Director-General of SIGA to work with the Auditor General, who is here with us, to drill down to the causes of the infractions, identify persons responsible and make the necessary recommendations as prescribed by law,” he said while addressing Board Chairs of state-owned enterprises at the Banquet Hall of the Jubilee House.

The Auditor General’s Report for 2021 revealed a number of infractions, malfeasances, corrupt practices, and recommendations on public accounts.

At least ¢17.4 billion in financial irregularities were flagged by the Auditor General in that report.

Mr. Boateng at the engagement told the media the report was ready and would be presented to the Chief of Staff next week. 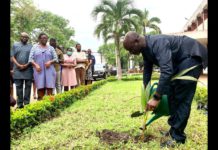 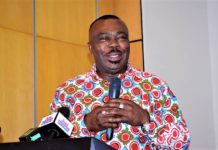 SOEs not performing is a thing of the past – Asamoah Boateng 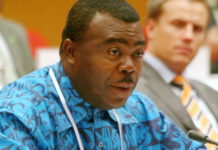 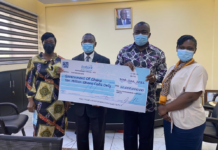