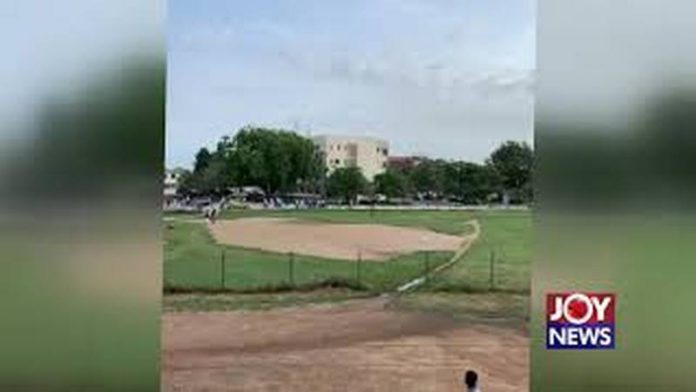 A friend of a final year student at the University of Education, Winneba (UEW), who died after a bizarre turn of events on Tuesday, September 7, has broken his silence on the death.

Abdul Majeed Sani suffered severe injury to his spine while celebrating the completion of his undergraduate programme on campus.

He was a known gymnast with the Department of Health, Physical Education, Recreation, and Sports who has represented the school at competitions performing various complicated maneuvers.

But on that Tuesday, the deceased and his colleagues were walking from the examination hall in jubilation when he attempted to execute a backflip.

However, speaking on Adom FM’s Midday News Friday, Benjamin Oppong said he was the one who videoed the events but was saddened to capture the unfortunate incident.

According to him, the late Sani was not new to the gymnastic moves on campus and therefore could not fathom what may have gone wrong.

“My friend and I and others always go to events and perform the gymnastic moves and so we always display for people to watch us.

“Majeed is the master of this game. The issue is that when you do it continuously like five times, you can just black out and so having done like five times he was supposed to rest but didn’t recover and went ahead to do another one,” he said.

Mr Oppong said it was at that point he fell unconscious and was rushed to the 37 Military Hospital but gave up the ghost after some days.

His body has been transferred to his hometown, Buipe for burial per Islamic customs. Asked if his team will continue with their gymnastics, he said what has happened will not deter them as he believes it was bound to happen.