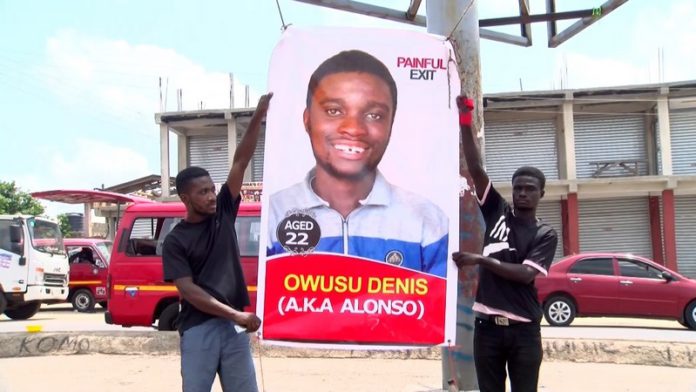 The Police in Ashanti Region have started prosecution of two suspects who allegedly murdered a trotro driver in the Asokore Mampong Municipality.

During a street fight at Asokore Mampong last month, the two stabbed to death Dennis Owusu, a trotro driver, for preventing an attack on a young man.

The suspects were arrested in their hideout and put before court.

Twenty-two-year-old Dennis Owusu was stabbed several times at the back and buttocks, and had his head hit with a brick by a group of young men who were fighting a colleague in the area.

Dennis, famously known as Alonso, died, trying to prevent the boys from attacking the young man.

The street fighters absconded after the incident.

Police later arrested the two suspects and put them before the Asokore Mampong District court.

They have been remanded in police custody to reappear before court on August 2 this year.

Mother of the deceased, Yaa Boatemaa, has applauded the police for their handling of the case.

The mother, particularly, appreciated Sergeant Prince Mawuli who has been on the ground with the family ever since her son died.

However, some colleagues of the deceased want the police to apprehend other suspects to serve as a deterrent to deviant characters in the community.