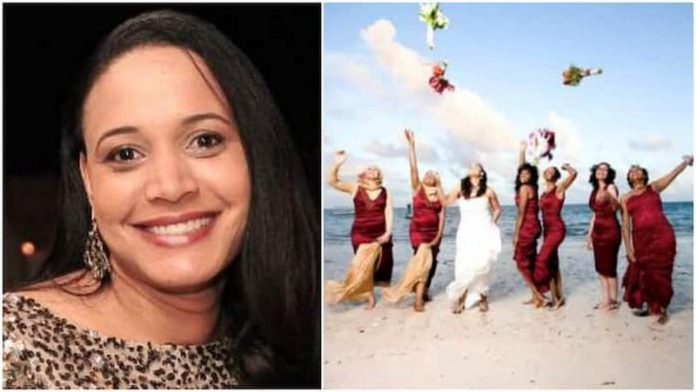 A woman, known as Gesare Chife, has stirred reactions online after sharing that two of her Muslim friends were her bridesmaids on her wedding day.

She revealed that despite being Muslims, the friends sat through the Catholic mass of her wedding without complaining.

“My friends were there for me. They also wore the same clothes as the other bridesmaids and adapted them to fit their hijabs and under skirts,” she said.

She stated the ladies did all that for her on a very special day. Social media users have since reacted to the post.