The accused persons are Prince Sabla, 18, Amponsah Isaac, 19, both labourers, and Emmanuel Koranteng, 23, a mason.

Police have retrieved large quantities of household items and appliances including flat-screen television sets, shoes, laptops, wigs, gold watches among others believed to have been stolen.

A complainant Faustina Boakye, resident of Two- Streams, a suburb of Koforidua was led by Police to identify a bag containing 30 cloths and clothes,11 pairs of men’s shoes, a gold watch, and two pairs of ladies shoes.

Others include; three body perfumes, three ladies’ handbags, one home theater, a wig, a 40 inches brand new TV set, a blender, a black Toshiba laptop and cash of Ghc600, all stolen from her room.

According to Faustina Boakye, on October 11, 2021, at about 10:00 am, her daughter locked their four-bedroom apartment and left for town.

The three accused persons conspired and invaded the house, used a pestle to break three Turkish security doors, entered the rooms, and made away with the items above.

The accused persons later shared the booty with each person taking theirs home.

The complainant made a report at the Regional Police CID after returning home at about 4:10 pm to notice the room has been burgled.

Police Intelligence led to the arrest of suspects from their hideouts.

They led police to their various rooms to retrieve the stolen items except for the Toshiba laptop and ghc600 cash.

The accused later led police to retrieve the laptop.

They admitted the offence during their caution statement and were charged with conspiracy to commit crime causing unlawful damage, unlawful entry, and stealing.

The Prosecuting officer Chief Inspector Bernard Annor arraigned the accused before the Koforidua Circuit Court “B” presided by His Honour Kwame Polley, Esq.

The accused persons pleaded guilty to all charges.

The Judge convicted the accused on their own guilty plea but deferred the sentence to November 11, 2021.

The judge gave the accused persons the opportunity to find ways to purchase new security doors to replace the ones they damaged and return the Ghc600 before judgment day.

Meanwhile, some victims have popped up to identify their stolen items from the pool of times retrieved by Police. 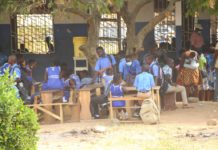 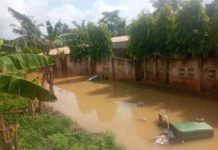 Houses submerged; bridge washed away by floods at Nyamekrom [Photos]

Girl, 10, drowns after downpour in Koforidua