Member of Parliament for Abirem in the Eastern Region, John Osei-Frimpong, has been honoured for his contributions towards growth and development in his constituency.

He was honoured alongside others including Abuakwa North MP, Gifty Twum Ampofo, who doubles as the Deputy Minister for Gender.

They were honoured at the 11th edition of the United Clergy International Association’s (UCIA) Hall of Fame for Excellence in Leadership held at the All Nations University in Koforidua.

It will be recalled that the Abirem constituency became popular after Hon Osei-Frimpong first made mention of some towns in the constituency in Parliament.

It was in his quest to get these communities in his constituency with sexually suggestive names such as ‘Koteaboa’, ‘Etwe-Nim-Nyansa’, and ‘Shoa y3 Aboa’ to be put on the national grid.

The communities have since been enjoying electricity as school-going children no longer have to learn under lanterns.

Other Communities under the Abirem constituency have equally benefited from education, water and other human intervention projects.

It is on the back of these among other achievements that the MP was prestigiously awarded.

Speaking to Adom News after the ceremony, Hon Osei-Frimpong described the award as a call to do more for his constituency.

“I’m glad my good works in the constituency has been recognised globally for this honour to be bestowed on me,” he said.

Hon Osei Frimpong urged constituents to vote massively in the December polls to help retain his seat and continue the unfinished businesses. 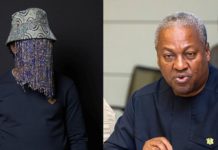 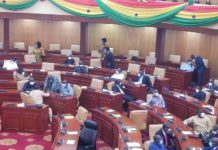