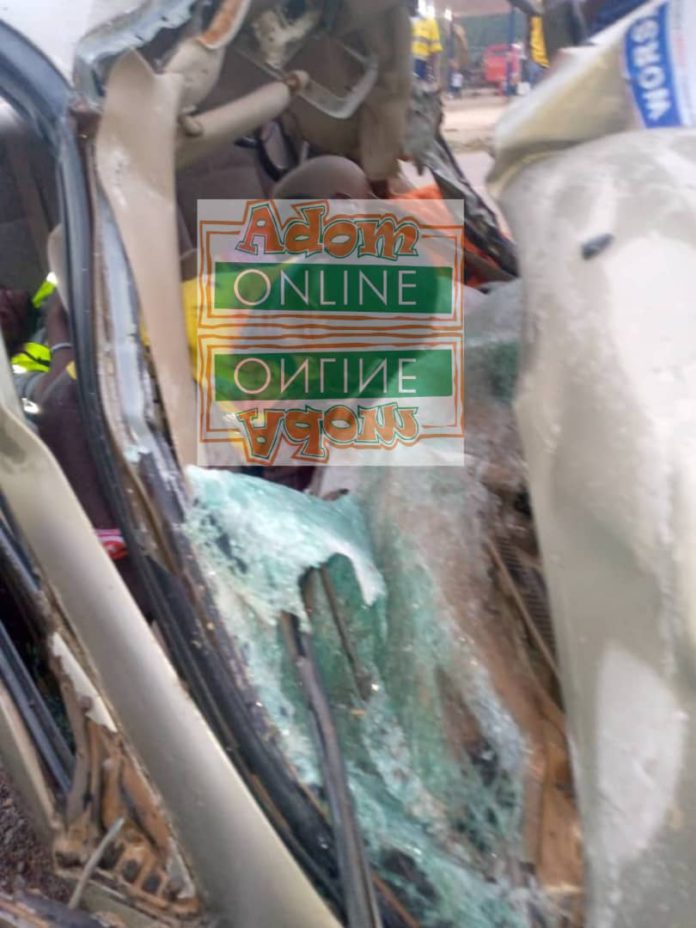 Three workers at the Perseus Mining company have perished in a gory accident at Ayanfuri in the Upper Denkyira West District of the Central Region.

Information gathered by Adom News suggested the incident occurred around 5:30am on Tuesday, June 8, 2021.

The deceased persons were said to be on their way to work when the vehicle they were driving collided with a speeding vehicle of a bauxite company with registration number GT 3220-19.

The trio, identified as Ken Midas Amoateng aged 35, Kwasi Batsah, 30, and Frank, according to reports, were travelling in an unregistered vehicle.

The badly mangled vehicle had its roof ripped off in the crash, killing the occupants on the spot.

The Mmrantiehene of the area, Nana Kwabena Okyere, in an interview on Adom FM‘s Kasiebo is Tasty blamed the accident on the lack of speed ramps on the stretch.

He explained drivers ply the route on top speed which often leads to accidents.

He appealed to the Roads Minister and appropriate authorities to come to their aid.