Three persons are in the custody of the Economic and Organised Crime Office (EOCO) for allegedly trying to cash GHS3.5 million from a bank account belonging to the Ministry of Energy.

The three, including the Managing Director of an oil company and a bank worker, are alleged to have cloned the Energy Ministry’s cheque.

They attempted depositing same into the account of the oil company.

According to the facts of the case, the cheque was never withdrawn and the Ministry had no contract with the suspects involved.

Narrating the circumstances that led to the arrest, Mr Antwi stated that: “Initially, it was felt that some persons within the Ministry [of Energy] had attempted to steal money belonging to the Ministry.

“The suspicions were narrowed to the accounts department so there was a swoop on the department where various personalities were questioned.

“It was there that it came up that the internal mechanism had identified an attempt and had even made a report to the Ministry’s police station and that some investigations had already commenced.”

He added that: “our dockets are almost ready. Very soon, they’ll be sent to court after the legal department has reviewed the dockets and appropriate charges are leveled against the persons.” 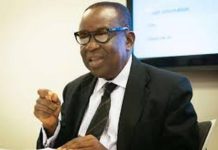 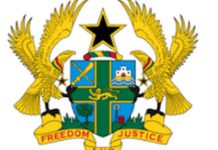