The National Identification Authority (NIA) says persons with errors on their Ghana cards would have to pay GHS 30 to effect the corrections.

Corporate Affair Officer, Dora Badu Acheampong, says the corrections will be effected alongside the new phase of registration for the Ghana Card.

She disclosed this in an interview with Nhyira FM‘s Nana Awuku when she announced the NIA is starting another registration phase for the Ghana Card.

Madam Acheampong explained the exercise will be targeted at persons aged 15 and above as well as those who failed to register in the previous exercise.

She noted the outfit has also started issuing over 300,000 cards to individuals who did not receive theirs during the mass registration.

She added their offices have been opened nationwide to allow all persons access their national identity cards instantly.

The NIA has so far registered over 15 million persons for the Ghana Card since the commencement of the exercise nationwide. 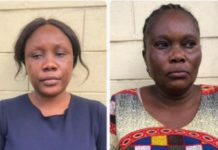