A spiritualist and herbalist, Dr Anane Boamah, says there is no need to spend much time during prayers and keep repeating the same things over and over because there is a specific pattern that must be followed.

He explained that believers, irrespective of the mode of worship, should rather group what they want from God into two categories to make it well organised and short.

Dr Anane added that there is no need to waste much time in prayers in the traditional realm because the belief is that God is capable of doing all things.

“Whenever the forefathers were to pray, they always have two intentions, they just go to say thank you for doing this for us or ask God to do something for them if they need help,” he noted.

Speaking with Roselyn Felli on the Historical facts and culture of the Ashanti’s on Changes on Joy Prime, he said the proper way to pray is to break the prayers into two.

“In praying, there are only two things ask from God, you either pray to thank God for doing something you or you pray to ask something from God,” he stated.

According to the Spiritualist, prayer is a very important aspect of life that cannot be undermined but has to be done properly to reflect on what the person is after and subsequently receive the blessing.

He lamented how people nowadays waste so much time in just one prayer session due to a lack of respect for tradition, and he emphasised the importance of returning to the old traditions, particularly the Ashanti’s because he believes that was the way of the forefathers. 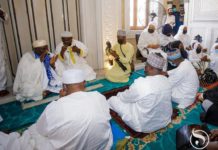 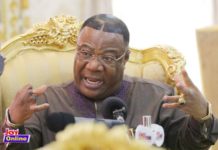 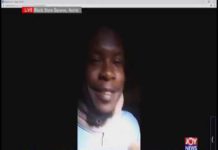