Four members of the New Patriotic Party (NPP) in the Sunyani East Constituency have secured a court injunction to stop the party’s upcoming Polling Station and Electoral Area Coordinators election.

The plaintiffs claim there had been a deliberate attempt by the constituency executives and the Elections Committee to deny aspirants nomination forms.

They also claim the Committee offered the forms to their preferred aspirants.

Attempts to get copies of the nomination forms, they say, had proved futile because the defendants were clandestinely selling the nomination forms to their favourites, depriving other prospective candidates’ attempts to contest for their respective positions in various polling stations mentioned in their statement of claim.

They were also accused of failing to communicate the venue for picking the nomination forms as was mandated of them and despite petitioning the party’s election committee, the plaintiffs stated no attention was paid to their grievances.

The plaintiffs are seeking an order from the court to cancel the entire electioneering process due to irregularities.

The plaintiffs want the defendants who are in the custody of the nomination forms for the election to make same available to all eligible prospective candidates in the upcoming elections in the constituency.

They are also seeking an order from the court to compel the national executives of the party to take charge of the sale of nomination forms as well as an order that no prospective aspirant would be denied access to the purchase of the forms.

Maxwell Mahama, the Communication Officer for the NPP in the Sunyani East constituency, speaking to Adom News said he was in support of the plaintiffs since the defendants failed to do due diligence to the process. 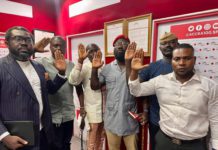 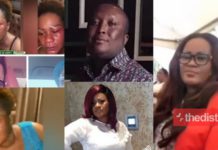