Weeping may endure for a night but joy indeed comes in the morning.

That was exactly what happened as two female strippers managed to take centre stage at a funeral in a new video that has gone viral on the internet.

The funeral reportedly took place in Pretoria, the capital of South Africa.

Other mourners present cheered them on as they went about their duties effortlessly in front of the open casket.

One of the male mourners, who was elated by their display begun to spray stacks of cash.

However, the rationale behind that part of the funeral is not immediately known.

Pretoria is something else yhoo
Girls are stripping and twerking at a funeral 😪 pic.twitter.com/crKgOTa89X 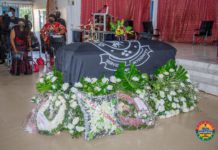 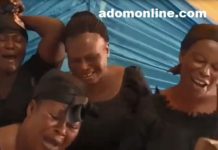