This, he said is due to the violence that marred the December 7, 2020 general election.

Ho. Idrissu also Member of Parliament for Tamale South said this after President Akufo-Addo delivered his final State of the Nation Address (SONA) in Parliament on January 5, 2021.

“We leave our fractured democracy in your hands, conspicuously lost in your speech is lost of lives in Techiman and other parts of Ghana.We have an economy which is hugely debt-driven, a bag of corn is selling for GHS 200 in Tamale yet you say our economy is doing well. We thank you for serving Ghana well,” he stated.

Akufo-Addo  in the address described the election as free and fair and thanked Ghanaians for renewing his mandate.

He also commended the NDC’s Presidential candidate, John Mahama for challenging the presidential election in court.

But, Akufo-Addo did not comment on the at least six lives that were lost during the election.

This, Hon Haruna Iddrisu said is unacceptable under the incumbent government. 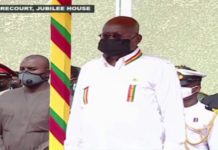 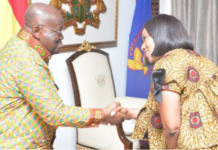