Music producer John Kwesi Dosunmu-Mensah, better known as M.O.G Beatz, has taken to social media to disclose that dancehall musician Shatta Wale hasn’t paid him a dime after he produced 10 songs on his Reign album.

The ‘Only One Man’ hitmaker says all attempts to reach a consensus with Shatta Wale proved futile to the extent that the latter blocked his mobile number.

A WHOLE SHATTA WALE wey Beyoncé feat am !! 100 ghc you go pay me for beat, Ah, no be you talk say you be richest artiste for Ghana? If you owe sombro money then you block am and restrict am from coming to your house, he wrote after he posted series of tweets to cement his claim.

But Shatta Wale has come out to deny these claims. According to him, he did everything right by sending M.O.G money anytime he made a beat for him.

I won’t watch people like you to stop helping others okay… If you say I have not sent you cash upon cash b4 then make dis nonsense tweets …This shows how ungrateful you are in real life …No wonder I didn’t add u to my list …My konko beatz hit before u came in P!!!!! [SIC] He wrote.

Shatta Wale also said things can get physical between them over the matter because MOG could have settled things amicably with him. 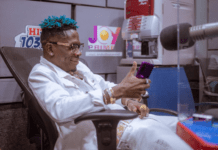 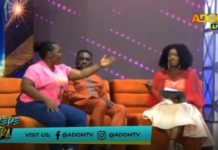 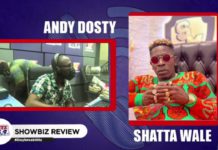 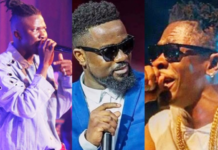