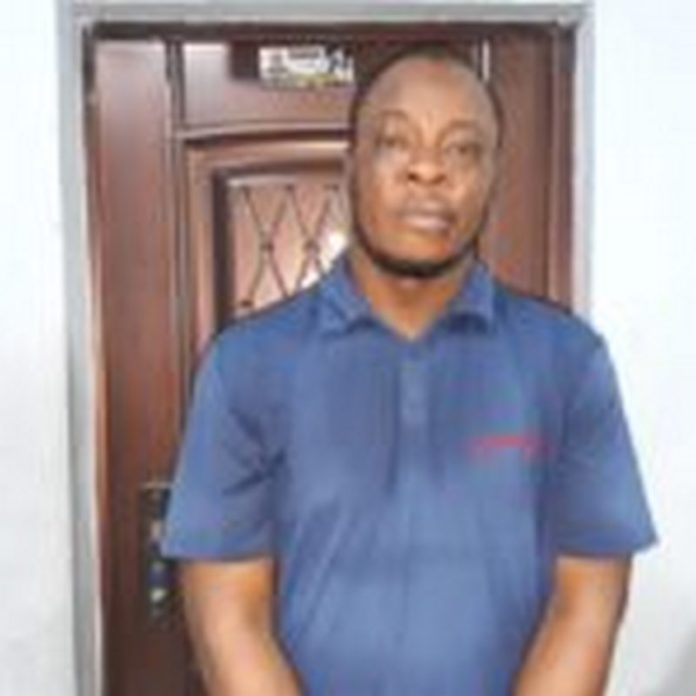 The Police in Accra have arrested one Wisdom Cudjoe, a notorious car burglar for breaking into cars.

He was arrested on Saturday, March 20 in his mansion at Kasoa Opeikuma, after he was captured by a CCTV camera forcibly breaking into one of his targeted cars at Osu.

The suspect had been on police wanted list following numerous reports received from victims of vehicle break-ins with personal belongings stolen.

He has a case pending in Circuit Court 10 on similar charges but was granted a court bail only to be caught committing the same offence.

Police analysis indicates that the perpetrator comes all the way from Kasoa to steal at Osu, Baastona, Spintex road, Cantonments, Odorkor and Dansoman within the hours of 6:pm – 9:pm.

He targets car parks of restaurants, pubs, shopping centres and notable busy facilities within the metropolis where people leave their valuables in their car to eat and meet up with friends or business partners.

On February 25, 2021, a complaint was lodged at the Osu Police station that a victim parked his Honda Civic car around Osu Wengeze to see a friend.

On his return, he detected that someone had broken into his car and made away with his bag containing HP laptop and other personal effects.

Upon interrogation, Wisdom Cudjoe admitted to breaking into the said complainant’s vehicle and stealing the laptop which he sold to a receiver (name withheld).

Through further investigations, police arrested his accomplice, one Joseph Ahenkora, who drives him for his operational errands.