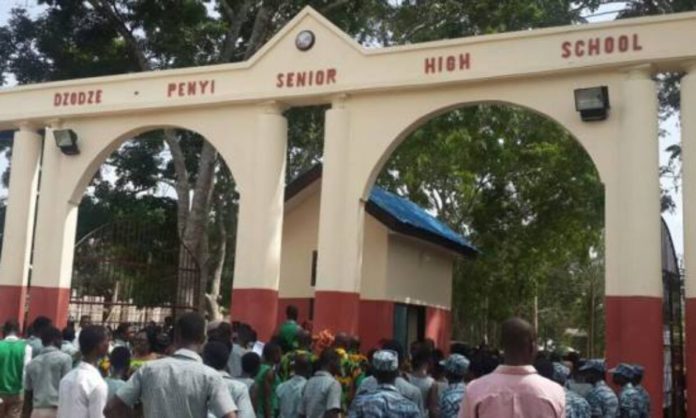 Galley Felix, who wore a cap after being initiated as Togbui Tueve Awunyo II of Ative (ativɛ), in the Ketu North Municipality to school was rejected by administrators regardless of being placed by the Computerised School Selection and Placement System.

According to him, all the reasons he had presented to the authorities for wearing the cap were ignored.

Offered to study Visual Arts, Galley Felix revealed that harm would befall his community and himself should the school still insist he takes off his religious cap before being given admission.

“I gained admission to Dzodze-Penyi Senior High, but I was told I would only be allowed into the school if I remove my cap, but according to our culture, there is no way I can remove it. I tried explaining to the school why I wear the cap, but the school insisted I take it off before being allowed in the school.

“I could go mad and many things could happen to my community if I remove my cap in public. I have been wearing this [cap] for 13 years, and no one has asked me to remove it because they know the ramifications,” he bemoaned.

The 18-year-old, who is also handicapped in the right side, strongly believes formal education is the only way for him to attain his life objectives.

But speaking on behalf of the school, Headteacher, Matthew Troha, said specific processes and codes of conduct are being followed by authorities of the school.

According to him, the student would not be permitted till he decides to forfeit wearing his cap or files a request to seek permission from the school.

This recent development follows a similar event at Achimota School in the Greater Accra Region where some two students were also denied admission because they had on dreadlocks, which according to the school goes against its rules and regulations.

The incident gained notice after the father of one of the students took to social media to narrate the unfairness meted out to his son.

Bringing calmness to the matter, however, the Ghana Education Service has instructed authorities of Achimota School to admit the two students.

“You cannot say that you will not admit someone on the basis of the person’s religious belief and so we have asked the head to allow the children to be in school,” Director-General of GES, Professor Kwasi Opoku-Amankwa explained.