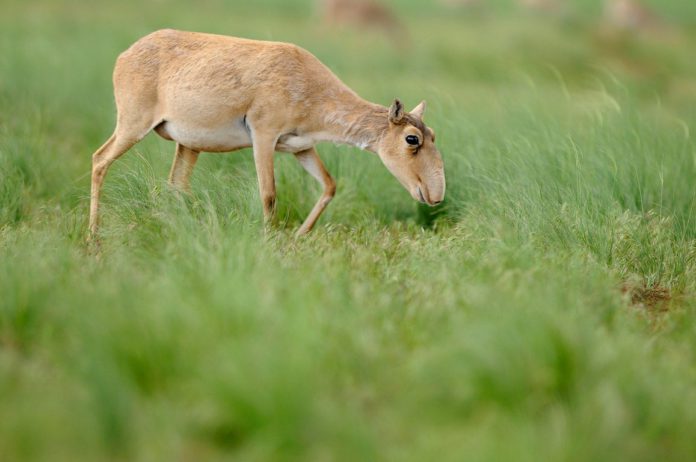 Residents of Adansi Akrofuom in the Ashanti Region are living in fear after they found an antelope mysteriously dead in a house in the town.

Witnesses, who spoke with Adom News Reporter Isaac Normanyo, said the animal was found dead in a house right in the middle of the town when they woke up Monday morning.

This is said to have left residents living in fear with many ascribing spiritual meanings to the incident.

Some residents believe it could be a spiritual message and hence there is need for rituals to cleanse the land and its inhabitants.

Other residents, however, believe it is just mere luck that the antelope has landed dead in the town, and hence it should be consumed.

But Fetish Priest of the town, Nana Abena Fosuaa, invited by chiefs to examine the animal, said the animal is from the spiritual realm.

According to her, the animal is a witch and should be burnt to ashes.

“This animal cannot be consumed because it is from the spirit world; whoever consumes it will attract dire consequences. The animal is a witch that went on hunt at night so nobody should think of consuming it. Pour some oil on it and burn it,” she warned.

Meanwhile, Gyaasihene of Akrofuom, Nana Anim Agyekum II, says they believe what the fetish priest said and would adhere to her advice.

“If something that lives in the bush comes to die in town it is a sacrilege and hence we believe what our fetish priest has said. This is a spiritual issue and it only takes someone with a spiritual eye to detect what it is,” he added.