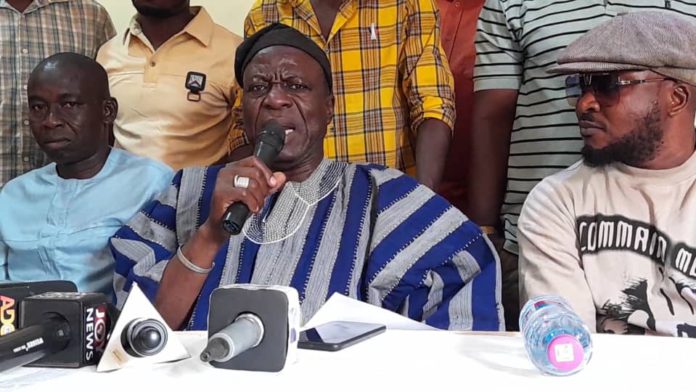 The Northern Regional Chairman hopeful for NPP, Alhaji Inusah Ahmadu, has expressed his concerns over the increase in insecurity in the metropolis and the region as a whole.

Mr Ahmadu, during a press briefing on Wednesday, stated that insecurity in Tamale has led to series of criminal activities which included the killing of a mobile money vendor, snatching of the First National Vice Chairman of the NDC, Sofo Azorka’s Toyota V8 Land Cruiser among many others.

The recent rebellious activities in the region are getting worse as a dead body with sharp object wounds was reported not long ago at Nyohini forest near the Aliu Mahama sports stadium.

According to him, these current happenings have generated a sense of fear and panic among residents in the Northern Region.

He believed that some have refused to reveal the identities of persons behind these criminal activities, however, he noted that the region was peaceful and safe for all business operations.

He called on the Regional Security Council to improve security in the region, adding that his team is ready to support them to arrest perpetrators behind those criminal activities.

“First of all, we wish to call on the regional security command to, as a matter of urgency, investigate and unravel the misery surrounding the circumstances within which the vehicle and motorbike was stolen to bring the miscreant to book,” he stated.

Alhaji Inusah called on residents to help maintain the peaceful existence to increase investment opportunities in the region.

Insecurity drives away 100 teachers from Bawku, 2,247 pupils out of school