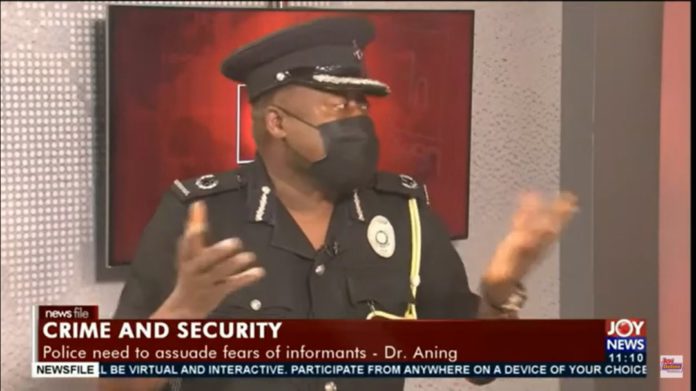 The Director-General of Public Affairs at the Ghana Police Service, DCOP Kwesi Ofori, has revealed the service will no longer be conducive for personnel who are engaged in various robberies in the country.

“The police administration is determined to flush out all the bad nuts in the service and it doesn’t matter who that person is, we have internal machinery to make sure all bad officers are exposed and that is how these officers were arrested. It is our responsibility to ensure that crime is reduced and every Ghanaian protected,” he said.

His comment comes after two personnel who were among their colleagues allegedly involved in bullion van robberies were killed during an exchange of fire with the Police at Ashaiman in Accra.

Four other officers have also been arrested and will be appearing before court on Wednesday, March 9, a Police statement said.

According to DCOP Ofori, the two policemen who were in police custody were leading the police to the hideout of the suspected criminal gang.

“An intelligence-led field operation took off and in the process, there was heavy exchange of fire and the two sustained gunshot injuries and were taken to the police hospital in Accra but they later passed on.

“So let us understand this, that in police operations, there are high risks in nature and at the time the raid took place, it was very serious and well-targeted operation. Even as I speak to you, we’ve arrested four policemen, one other civilian and they will be put before court,” Ofori added.

The police administration under the IGP, he noted, is ever ready to protect the lives of Ghanaians and won’t sit aloof and watch miscreants drag the name of the service into disrepute.