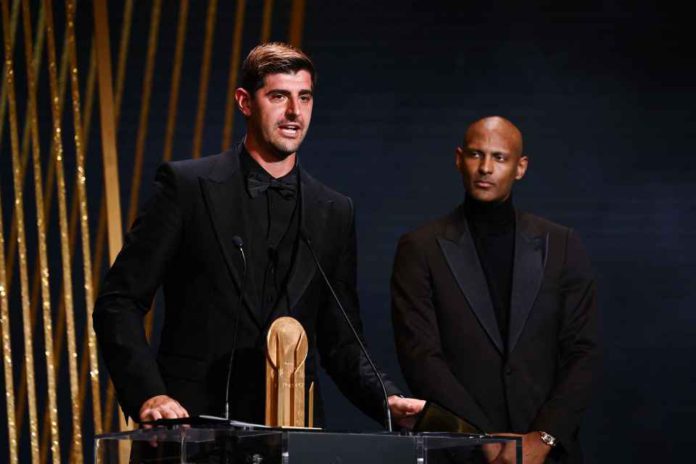 Real Madrid goalkeeper Thibaut Courtois has been awarded the Yashin Trophy for the best goalkeeper of the 2021-22 season.

Courtois is just the third recipient of the award, which was first handed out in 2019, after Alisson Becker and Gianluigi Donnarumma.

“I want to thank my team-mates at Real Madrid,” Courtois said when collecting the award.

“To be part of this team, last year was amazing, for me especially. I’m proud to win this trophy with all the amazing goalkeepers there.

“I want to thank my family as well, it’s easy when things go well but harder when things don’t go so well, and they’re the first to pick you up.”

Courtois added that the World Cup trophy was next on his wishlist, with Belgium in Group F along with Croatia, Canada and Morocco.

The Belgian has been rewarded for a fine campaign which was capped off by winning the player of the match award in the Champions League final against Liverpool.

Courtois kept Liverpool at bay to inspire Real Madrid to a 1-0 win in Paris, denying Sadio Mane and Mohamed Salah with world-class saves in a match decided by Vinicius Jr’s second-half winner.

The former Chelsea goalkeeper made nine saves overall, the most on record (since 2003-04) in a Champions League final, sealing a 22th clean sheet of the season in style.

He said after the final: “Today I needed to win a final for my career, for all the hard work to put respect on my name as I don’t think I get enough respect, especially in England. I saw a lot of criticism even after a great season.”

Sixteen clean sheets in La Liga had helped Real Madrid win the league title by 13 points ahead of Barcelona.

Courtois was also the highest-ranked goalkeeper in the Ballon d’Or shortlist, finishing in seventh.

The 30-year-old was one of just two ‘keepers nominated in the 30-man shortlist for France Football’s coveted prize, along with AC Milan’s Mike Maignan.

Earlier on Monday it was confirmed Maignan finished joint 25th. 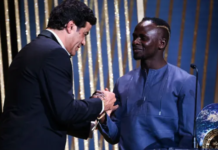