Former Ghanaian leader, Jerry John Rawlings has lent his voice to the happenings ongoing in naighbouring Nigeria regarding an #ENDSARS campaign.

The anti-police brutality campaign, which is believed to be a peaceful, weapon-free protest has gained worldwide attention due to a high-handed response by the Nigerian government that has left scores dead.

Nigerians have called on International bodies and prominent persons to advice the Federal Government to disband the police unit alleged to be the main orchestrators of crime, rather than reducing it.

JJ Rawlings has urged that “all conscientious citizens of Africa must condemn the bloodshed and call on all parties to act within integrity.”

His tweet follows the injuries and death of some persons who were alleged to have been targeted in the Lekki tollgate massacre last night.

Meanwhile, after a clarion call was made to President Akufo-Addo who doubles as ECOWAS Chairman, he has also, for the first time, advised President Buhari to hear the cries of his subjects. 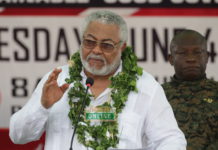 Year in review: 10 former African leaders who died in 2020 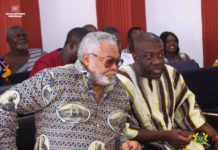