The National Democratic Congress (NDC) has pledged to reserve 40 percent of the police service for women when it regains power in the December elections.

According to the party, 2,000 female personnel will be recruited annually into the security service to help improve security in the country.

Chairman of the party, Samuel Ofosu Ampofo, in his address to the people of Drobonso said the act will complement the next Mahama government’s decision to clamp down on crimes in the country.

There has been heightened security concerns in the country, following increasing reports of murder and armed robbery incidents.

In the Ashanti region, a man in his late 30s was shot dead in Kumasi, on Monday, after he was trailed from a bank.

Meanwhile, the running mate of the NDC Presidential aspirant, Prof Naana Jane Opoku Agyemeng has called on the electorates of Drobonso to vote for the NDC to continue its development activities in the area. 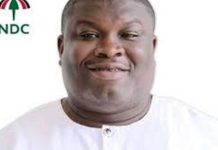 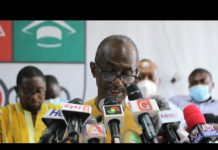