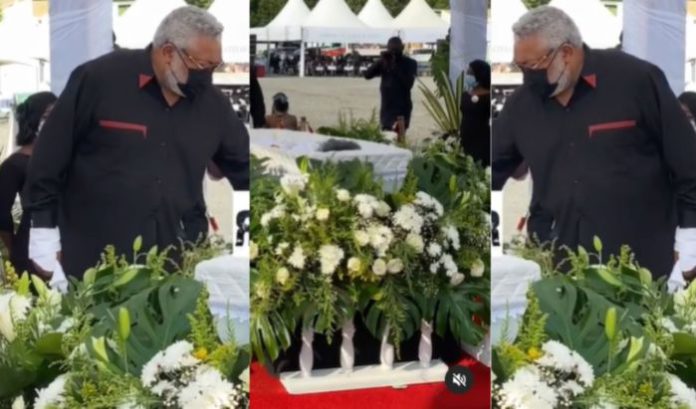 It was a sad moment for former President Jerry Rawlings when he paid his last respects to his mother, Madam Victoria Agbotui.

In a video from the ceremony, sighted on social media, Mr Rawlings is seen struggling with tears as he holds his mum’s casket.

Madam Agbotui died on September 24, shortly after her 101st birthday and is set to be buried today, October 24, 2020.

The entire funeral and burial in a day began with a filing past at the forecourt of the State House.

Final interment will take place in her hometown, Dzelukope in the Volta Region.