An old flame of veteran actor Sylvester Stallone has shed light on perhaps the saddest moment in his dating history when the daughter he believed was his turned out not to be his child.

In 1988 he began dating model Jennifer Flavin, who was 23 years his junior, and the pair even became engaged.

But after he met Janice Dickinson, now 65, he called off his five-year romance with Jennifer by sending her a handwritten note via FedEx.

At the time Janice had just given birth to her daughter Savannah and claimed Stallone was the father.

Savannah, now 26, was even given his surname at birth.

The pair were engaged for six months but they split up just weeks after Savannah was born in 1994 when a DNA test revealed that he wasn’t the father.

Writing in her 2002 autobiography ‘No Lifeguard On Duty’, Dickinson admitted that she had slept with three men in the space of a week.

Though Stallone, her then partner film producer Michael Birnbaum or an unnamed artist could have been the father, she believed it was the actor.

She said: “Things hadn’t been going well with Michael for some time, and we split up later that week when I came clean about Stallone.

“But Sly didn’t call, as I had expected him to, and a week later I discovered I was pregnant.

“I called Sly and went over to see him. We had supper and made love – he’d improved considerably since our brief debut. Then I told him I was pregnant.

“‘How do you know it’s not Michael Birnbaum’s?’ he asked.

“Well, I didn’t – in fact, it could even have been the artist’s – but in all honesty, deep down, I felt the child was Sly’s.”

Just six weeks after Savannah was born Janice was back on the catwalk for Versace and Stallone was in the audience.

But when she was walked down the runway she realised he had gone and she found him back at their hotel.

Janice wrote: “‘She’s not mine,’ he said. ‘I just heard from the DNA lab in Long Beach. Savannah’s not mine. Send my regards to Mr Birnbaum’ – and with that he stood up.

“And then he turned and walked out.” 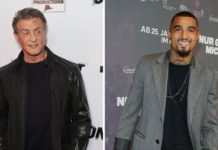 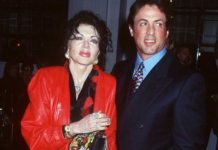 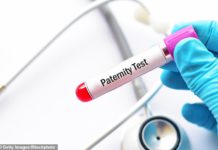