John Dramani Mahama, former president and flagbearer of the National Democratic Congress (NDC) has called on government to make public its plan to deal with the deadly COVID-19 virus which is gradually gaining roots in the country.

Mr Mahama made the call in his occasional #Mahamalive social media talk session on Monday, March 16, 2020.

According to the former president, every necessary investment should be made by government in fighting the disease.

“Isolation centres should be provided at all regions, and all necessary equipments needed by health workers to aid fight the disease should also be provided,” he said.

Mr Mahama further called on the government to ready plans to protect the economy and mitigate the possible impacts of the disease on Ghana’s economy.

“This is not the time for words but action, we’ve seen countries around the world take bold decisions to protect their economies and we must do same,” he noted.

Mr Mahama saluted health workers in the country and assured them of the country’s support and prayers.

The former President has also announced the suspension of his SpeakOut tour around the country. 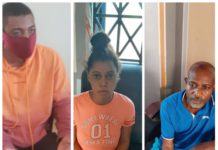