Ghanaian-based Gambian actress, Princess Shyngle, has reached out to her ex-lover, Burna Boy after his Grammy award.

The Afrobeats musician bagged his first Grammy award for World Music Album category at the just ended 63rd edition of the scheme.

Despite breaking up years ago Princess Shyngle contacted her ex-lover to congratulate him on his win and to catch up on old times.

She posted a video of their conversation on social media where they could be seen laughing heartedly as she sings lyrics of one of Burna’s hit songs.

She also added a memory of when they were together in a game centre and back at Burna Boy’s house.

“When your ex wins a Grammy you clout chase 😂🤣😂😂😂 on the real though congratulations Dami saw how hard you worked for this 👏🏾👏🏾👌🏾🇳🇬🇳🇬🇳🇬🇳🇬 Africa to the world,” she captioned the video.

Now, Princess Shyngle is a married woman, Mrs Bala-Gaye, while Burna is in a relationship with a Jamaican-British rapper, Stefflon Don. 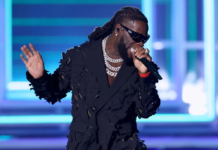 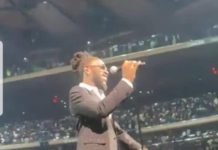 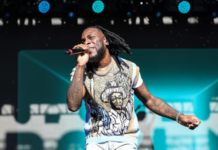