Director of Communications at the Presidency, Eugene Arhin, has urged the public to disregard a purported deputy ministerial list making the rounds.

According to him, President Akufo-Addo has neither made any such list nor has the same been submitted to Parliament.

Attached to Mr Arhin’s post was a link to a story that had Rev Ntim Fordjour, NPP Ashanti regional secretary, Sam Pyne, Charles Adu Boahen, Kwaku Kwarteng among others as the deputy nominees. 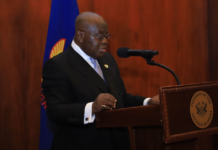 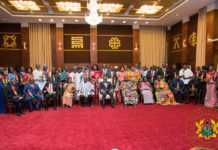