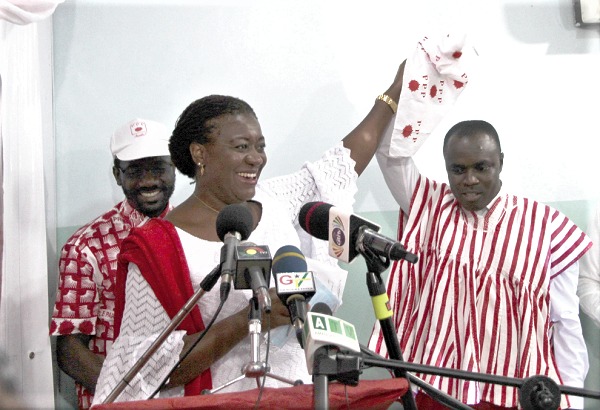 The Progressive People’s Party has named Kofi Asamoah-Siaw as the running mate to the flagbearer of the Party.

The forty-two year old was named by the flagbearer of the party Ms Bridgette Dzogbenuku at an outdoor ceremony held in his honour.

At the ceremony, Ms Dzogbenuku described Mr Asamoah-Siaw as the right man for the job due to his varied experience in areas including business, politics, and education.

She said her running mate is an astute strategist who spearheaded the rapid expansion of the defunct GN bank to over 300 districts in the country.

She added that Mr Asamoah-Siaw has been a committed member of the party who shares in the believes and ideologies of the Progressive People’s Party.

“He was part when the party began and played a major role in supporting the rank and files of the party”.

She, however, appealed to electorates to consider the PPP come December 7 and vote her and her running mate as an alternative to the New Patriotic Party and the National Democratic Congress who have been in governance for over 28 years without ensuring much development in the country.

“Mr Asamoah-Siaw has decided to partner me and the PPP for the election so that we can restore hope to Ghanaians in the upcoming general election”, she said.

Mr Asamoah-Siaw, born June 2, 1978, in Akyem Oda in the Eastern Region, holds a bachelor’s and master’s degree in Political Science and International Affairs from the University of Ghana.

He is a product of St. Anthony Primary School in Akyem Oda; Awisa Presby JSS at Akyem Awisa and Adisadel College in Cape Coast.

He began his career as a teacher with Pentecost Secondary School in Koforidua, worked with the Capital Group in Accra before joining GN Bank where he worked for close to 10 years before its operations were temporarily suspended.

He is also the first National Secretary of the PPP and serves as the party’s Policy Director.

Kofi Asamoah-Siaw contested in the 2012 parliamentary elections on the ticket of the PPP in the Akyem Oda constituency.

He is a Methodist and married to Belinda Gifty Adjei with three children.

His mission in politics is to work with others to end the subjugation of the state interest to partisan interest and super-power. 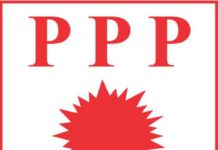 The future does not look exciting – PPP 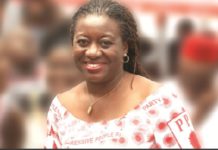 I will be mother for all – PPP’s Dzogbenuku

Nduom steps aside as PPP opens nominations for flagbearers