Actor-turned-pastor, Timothy Bentum, has stated why he has no regrets about the ungodly life he lived while growing up.

The son of pastoral parents says he diverted from Christianity after he got entangled with hard drug abuse for over 17 years.

But, his marijuana and cocaine background has enabled him to enlarge his ministry, by reaching out to his fellow ‘ghetto’ colleagues.

In an interview with Adom TV’s ‘Mahyeasea’, Rev Bentum said it all began when he traveled to Tarkwa for preaching work, but to his dismay, the church was almost empty.

He added he asked to be directed to a ‘ghetto’, where he had one of his most meaningful conversations with the patrons.

“I spoke their language; when I entered I saw someone trying to roll weed, immediately I asked to help him out and even light the cigar for him. After everything, I invited them to Sunday service and trust me, that day the venue was packed,” he narrated.

By this, Rev Bentum is convinced God turns what is supposed to be a shame into testimonies.

To him, most of the people who look dreaded in communities cry at night, for which they need comforting from society, especially in spiritual matters. 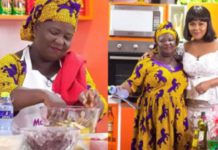 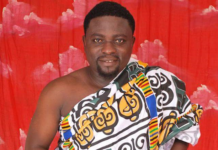