Revered Nigerian actor, Charles Okocha is the talk of the town after he caused a scene when he saw his daughter in the car of another male.

Information gathered indicates that the man involved is his friend who went to pick up his teen daughter while she was alone at home.

It is said that he received a tipoff his friend wanted to ‘jazz’ his daughter, hence his fast approach in locating them.

In videos that are in circulation, Charles is seen dragging his daughter, who was in bedroom clothes and hair bonnet, out of the private car.

Afterward, he is seen running around the scene and raging with anger, in an attempt to beat the said friend in the middle of the road.

Some persons who could be heard saying his action was a skit suddenly went mute when he dragged a shovel from a nearby place and smashed the car’s windscreen.

In a latest development, the said gentleman has spoken up, expressing disappointment in Charles for behaving in such a manner.

Broken heart, I’m still in shock Boss @charles_okocha I never expected things to go this way. I respect you a lot. Boss you knew that I can’t fight you back, he posted on Instagram.

Watch video of the fight below: 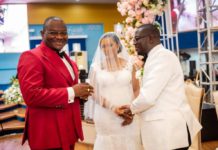 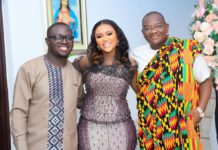 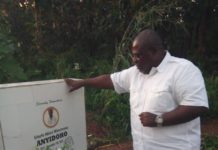 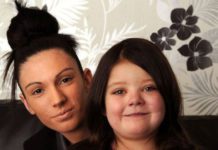 Mum dies after going through ‘absolute hell’ of losing her daughter