An unidentified Ghanaian policeman has being captured in a viral video angrily warning a tricycle rider against paying bribes.

In the video posted on instagram by factsntruth, the policeman was heard out rightly rejecting the bribe from the driver who he stopped over road traffic offences.

The tables turned when the policeman who had earlier engaged the driver in a hearty conversation opened his license and found the money inside.

The policeman was quick to say his salary was enough for him adding the money from the driver would not affect his status in anyway.

The ashamed driver on the other hand could only beg the policeman to spare him and allow me about a week to obtain what he lacked. 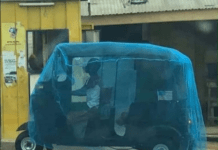 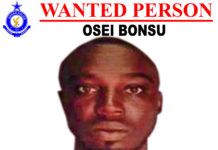 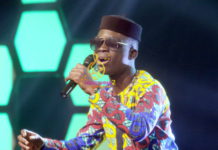