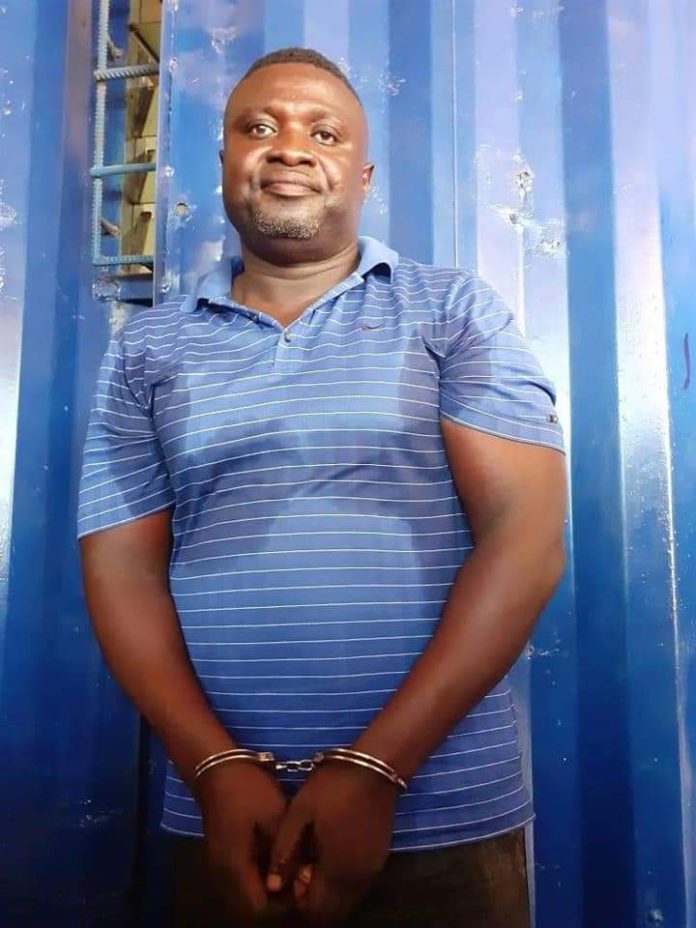 The Police have disclosed a staff at the Ministry of National Security was part of a robbery syndicate arrested within the Weija enclave.

The Director of Public Affairs-Police Service, Superintendent Alexander Obeng, who disclosed this, said that is the briefing received so far from the Criminal Investigations Department (CID).

“The CID will do the profiling of the suspects and at the right time come out with their identities. It’s already been confirmed that one of the arrested is a National Security Operative,” he told Accra-based Starr FM.

The suspect, Joseph Arkoh, was part of a four-member gang who broke into a residence at Ajasco Red Top, Kokrobite, and made away with their personal effects on Thursday, November 18, 2021.

He was, however, arrested with his accomplices; Benjamin Otoo, Tony Mensah Yedu and Bismark Asabree on Saturday, after the Weija Police Command embarked on a special eight-hour covert operation.

Suspect Bismark Asabree later led the Police to arrest the fourth, Nana Yaw Arko, from his hideout at Labadi.

Supt Obeng stated they will ensure the suspects face the law as an enforcement agency.

“You cannot hide behind acrobatics, the law does not exempt anybody from criminal prosecution.  Crime doesn’t pay. If you’re a compatriot, you better deliver a service that the general public approves of rather than being a worker of crime. This is a clear indication to miscreants to refrain from committing crimes. The Police are ready and will not be perturbed.

“It is important that it is reinforced that it doesn’t matter your profession, the position you occupy now, in the future or in the past. If you don’t comply with the criminal code of Act 29 of 1960 and you commit any crime you will have your day in court,” he cautioned.