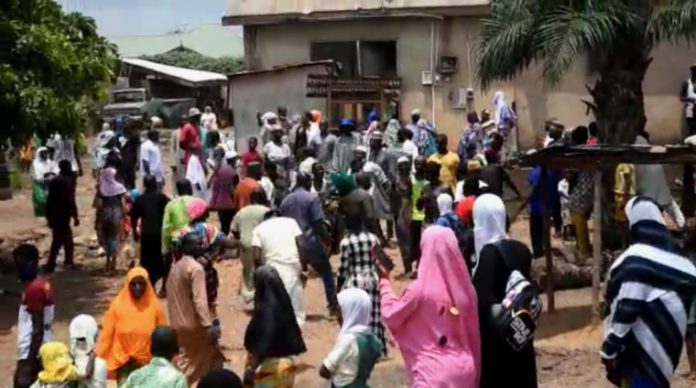 The timely intervention of the police on Friday prevented a clash at the Ho Central Mosque between supporters of the two factions in the Volta Regional Chief Imam race.

Those in favour of Muniru Ali stormed the mosque to disrupt prayers being led by Alfa Anas Hamidu. This resulted in confusion between the two factions.

The Ho Municipal Security Council earlier directed that the Ho Central Mosque be closed, due to a misunderstanding over who leads prayers at the worship centre.

This follows a protracted dispute over who occupies the Volta Regional Chief Imam position after the demise of Umoro Danjimah Hamzah.

Alhaji Ali, whose maternal uncle is the deceased, was installed as the Chief Imam, while Alhaji Hamidu, the deputy to the former Chief Imam, was also subsequently installed.

This resulted in a power struggle over who leads prayers at the central mosque, leading to its closure.

To the dismay of Alhaji Ali’s supporters, the mosque was opened earlier on Friday and Alhaji Hamidu was leading prayers.

They thronged the mosque and disrupted the prayers and threatened to stab their opponents with knives.

A community member, who was part of the prayer, fell unconscious after he was sprayed with a chemical irritant.

“They tried to beat him [Alhaji Hamidu] but we protected him and sent him home,” he said.

“BNI came in, National Security came in, Peace Council came in, chiefs came in and they know automatically Anas is the leader,” he added.

However, Sadiki Zabarma, Adamu Hamani, who are from the camp of Alhaji Ali, explained they were not informed of the decision to re-open the mosque.

He detailed that the Volta Regional Peace Council commenced mediating between the two feuding factions and was making headway in finding an amicable solution to the protracted conflict.

He, therefore, urged authorities in the region to use their influence to ensure peace prevails in the Zongo communities.

Nonetheless, the timely arrival of the Police saved the situation and prevented the loss of lives and property.

The Ho Municipal Police Commander, Alexander Adade Yeboah, in a telephone interview with Joy News’ Fred Quame Asare, explained he only acted on a directive by the Municipal Security Council “to open the mosque to the general public.”

“We managed to restore calm and have closed the mosque until further notice,” he concluded.