A Police Officer has sustained cuts in the eye after he got into a physical fight with a military officer.

The incident occurred at the Osu Bus Stop around the Osu Presby Church, Friday evening.

The Police Officer attempted to handcuff the Military officer for obstructing his lawful duty.

The Military Officer (who was not in his uniform) also insulted the Police Officer, who followed him to his car and attempted to handcuff him.

This resulted in a physical exchange between the two, following which the Police officer sustained the cuts in the eye.

The Military Officer reportedly sped off after the exchanges.

Residents, who had gathered to witness the incident, took to their heels at a point for fear that a gun could be fired. 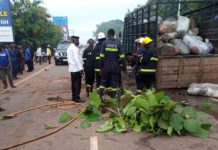 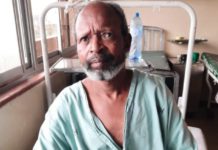